Fin knowledge and theory can change the way you surf! There are times when you get a new board that has all the trappings of an insane ride. It looks good, it feels good, yet when you get on it, there's something wrong. It feels like it has an anchor or a hand brake or something attached to it to slow it down. Quite often, it might just be a slight fin tweak or change that will reinvigorate your surfboard into one of your best sticks of all time.

Fins can make your board feel alive underfoot, and they can also make your new shooter feel dead in the water. A good set of fins gives your surfboard pop and makes it feel electric in the water. It might just be a simple fin fix that will get things going again. If not, fin theory and technology are exciting elements of your surfing that are interesting to learn about anyway, so read on.

Fins are an integral but often overlooked part of your surfboard set-up (photo: Cleanlines Surf)

There are so many different types and makes of fins on the market. Many of them are of excellent quality and finesse. Some of them are endorsed by the best surfers globally, and others have curious minor tweaks and quirks that make them perform that much better than the standard fare.

A fin has four essential characteristics, being, flex, shape, rake and size. It's pretty impressive that a small element like a fin has so much technology and outcomes wrapped up in it.

These four elements need to be aligned with your boards characteristics, your own surfing style, your body dynamics (weight, fitness levels) and the type of waves you surf the most frequently.

A fibreglass fin is much stiffer and more robust when it comes to flex, therefore superior to a standard plastic fin. The act of replacing your plastic cheapies with some good fibreglass fins could be the single most significant change to your surfboard that you can make. Combine it with a different sizing – a slightly smaller set, for example, and your stick might just get a new life. Plastic fins on the other hand, have so much flex that you lose projection and drive out of turns, but the fibreglass fins will give you pronounced drive and power off the bottom. It will also lead to more drawn out power turns and open face carves as opposed to shorter, jerky and less impressive turns.

Some fins are designed to help you drive and control your power on bigger, more powerful waves. In contrast, others are conducive to short, fast waves and help surfers boost into the air in high-performance aerial moves.

Fin size is equally as crucial as flex, as the bigger the fins are, the more drive, in theory, they will offer. Bigger fins can also be pushed harder. Powerful surfers always choose the larger fins in a bid to be able to surf more powerfully and have the ability to throw buckets of spray without spinning out.

Smaller fins are much more forgiving and ideal for lighter surfers and controlled slides, reverses, and new school surfing on the waves' face.

Then we come to fin rake. The rake of the fin is the element that relates to speed. A sharply-raked fin will generate much more speed. These fins are more suited for advanced surfers who understand rail-to-rail surfing. They are constantly turning and looking for power pockets. For a more beginner surfer, a steeply raked fin might be a bit too advanced as it is not suitable for straight-line surfing. If a surfer knows how to keep moving off their rails and finding the energy pockets, then a steeply raked fin will add so much extra speed.

The two leaders in the fin market are Fin Control Systems ("FCS"), the older and more well-known system, Future Fins.

FCS has FCS1 and FCS2 and many fin models endorsed by top surfers. Surfers like Filipe Toledo, Julian Wilson and Kolohe Andion have all put their names behind fin sets designed to suit their surfing. If you're not sure which fins you need, check out this video that gives a pretty awesome overview of what you should be looking for:

The other fin system is Future Fins, referred to as Futures, and they too have some top surfers using their products. Surfers like John John Florence, Jordy Smith and Conner Coffin have trademark fin sets that are popular. There is a fundamental difference in how the two fin systems attach fins to the boards. Still, it is not that technical, and both systems are super easy to use.

Choosing between the two systems typically boils down to personal preference, but in case you're not familiar with either brand, here's a brief overview.

When FCS (Fin Control System) first hit the market, their system (FSC I) featured a 2 plug system that secured to the board with a grub screw in each tab. More recently, FCS released FCS II, which features a screw-less fin box making for an easier install. What's more is that FCS II are also compatible with old fins (you just need to add the screws). In comparison, Futures fins use a single, long, fin box that require one screw to fix into place. Largely considered the more durable of the 2 systems although typically Futures are more costly to fix the fin boxes when damaged. Also, be aware of other fin brands that are less commonly used and harder to find replacement fins. With that said, some other surfboard manufacturers like Lib Tech surfboards have their own fin boxes that are also compatible with "FCS". Typically most surfers choose Futures or FCS and then have the same system for all their boards, so fins are easily interchangeable.

There are still die-hards who insist on glassed-in fins, and these fins are arguably the best performing fins in the world. With that said, they are tricky to travel with and are a nuisance when damaged. Obviously they're not interchangeable too, meaning there's no flexibility in mixing things up and experimenting with fins. Typically only pro surfers opt for glassed in fins although they're a dying breed too.

When it comes to size comparisons, remember, all fins are different. Thruster sets are generally all the same size, while quads have two smaller back fins, and twin-fins are larger than other fins, with bigger bases and more fin in the water. In comparison, there is actually very little difference in the amount of fin area in the water between the three designs. It all points to the fin design and how the fins configure on the board. 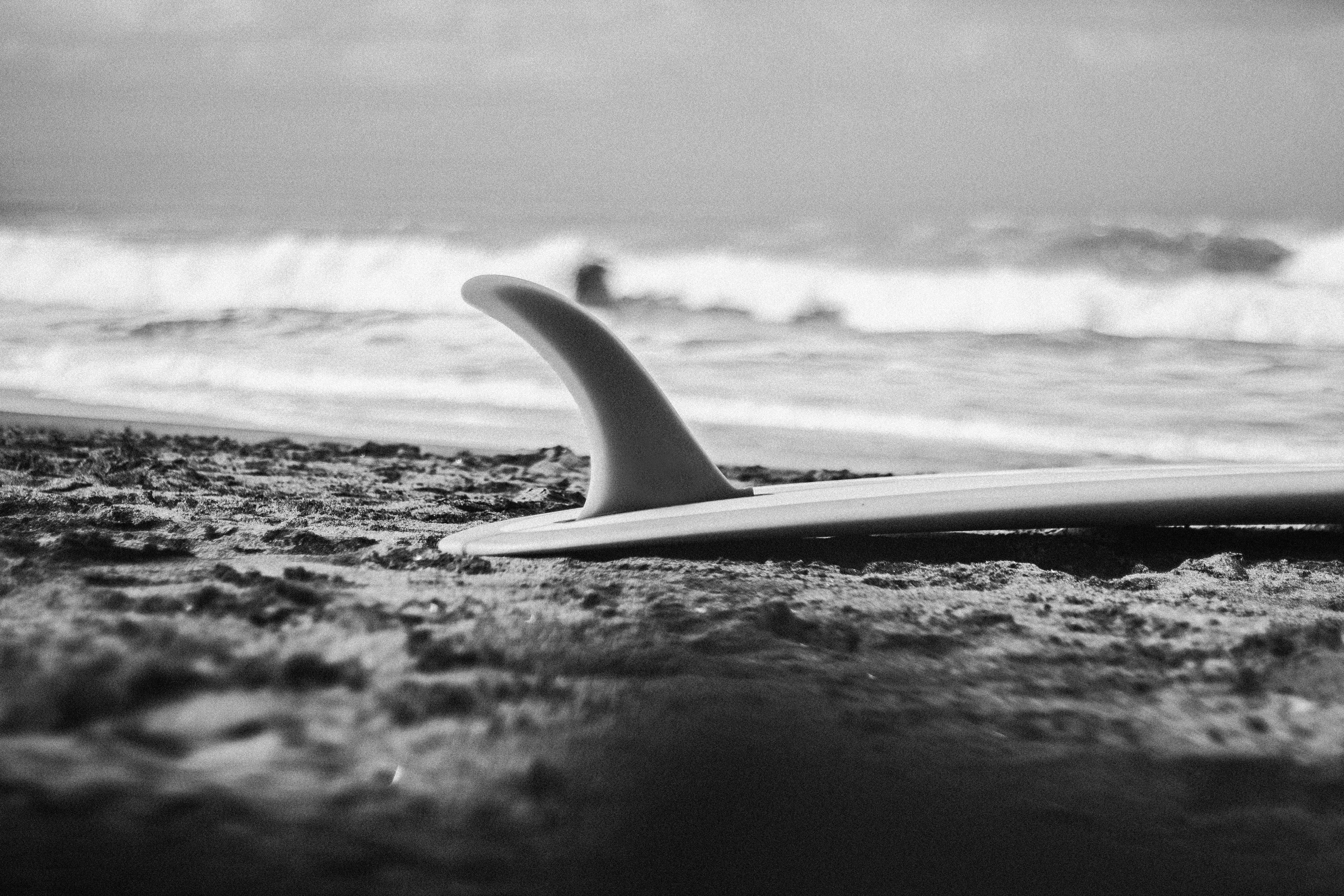 For someone who wants to quickly jumpstart their high-performance surfing levels, then a set of better, more specialized fins are possibly the most obvious way to make that switch and then ask yourself a few questions:

Does your board feel stiff? Try using some smaller fins with less sweep or try out a fin with more flex to loosen it up!

Does your board feel too loose and skit out too much? Try a bigger set of fins with a stiffer flex, or try a fin with more sweep.

Are you looking for more drive and speed? Bigger doesn't always mean always better. Be sure to have the correct size fin for your body weight, and try a set of fins with more sweep and a larger base. Stiffness can be your friend too.

Are you wanting to turn more aggressively and get more vertical? Try some fins that are more upright (less sweep/rake). These will pivot more easily.

Do you need more control bigger/steeper waves? Go for a larger fin with less flex and more rake. Larger fins will hold in better on faster and steeper faced waves with extra rake and stiffness offering improved stability.

Remember, your fins are the most crucial extra to your surfboard. You need to spend some time and doing some extra studying and scrutinizing the technicalities of fins. If you don't, you're putting yourself at a distinct disadvantage.

& our Used Surfboard page to list your board or find surfboards for sale in your area.

A brief intro to Vintage Surfboards

How to repair your surfboard

10 reasons to buy a used surfboard

6 tips on taking care of your surfboard

Why surfers need to buy an SUP

6 tips on how to sell your surfboard